Like anything that’s been around for several centuries, the Isuf Mazrekaj kulla is finding that it needs to adapt in order to survive. These stone towers, potent symbols of traditional Islamic Kosovar culture, were particularly targeted during the recent war, and now only a couple dozen survive. The Mazrekaj family has survived warfare, regime changes, and economic instability, and so has their kulla, but now that Kosovo has found independence and relative stability, helping the kulla participate in modern tourism is the surest way to ensure the survival of the historic structure, and the prosperity of the family who have held it for three centuries. Adventures in Preservation, an American company partnering with Cultural Heritage Without Borders Kosovo, brought seven volunteers to spend two weeks working on the kulla alongside the Mazrekaj family, guided by conservation architects and local craftsmen. The result? A historically-minded rehabilitation of the 18th century building. 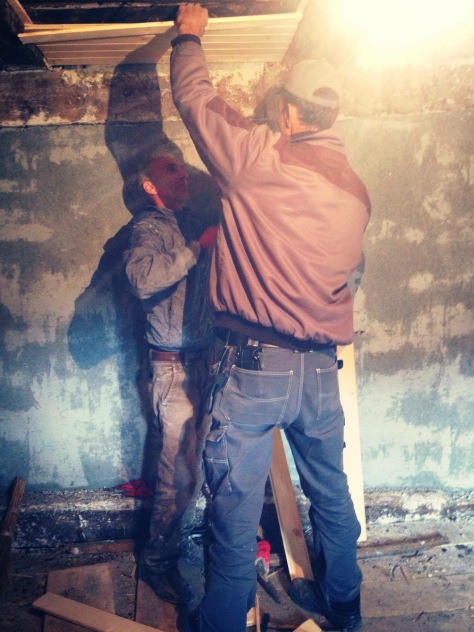 Our master craftsmen, Smiley and Hasan. Smiley (behind) was our plastering guru, a quick frenetic presence, while Hasan, about a foot and a half taller, was the gentle giant who led us in woodworking.

Our master craftsmen, Smiley and Hasan. Smiley (behind) was our plastering guru, a quick frenetic presence, while Hasan, about a foot and a half taller, was the gentle giant who led us in woodworking.

The Bunny tries out her bricklaying skills…! As far as possible, we reused the bricks from the doorway we had just knocked out.

The external side of the new wall, with lovely pine planking and a custom-made door. 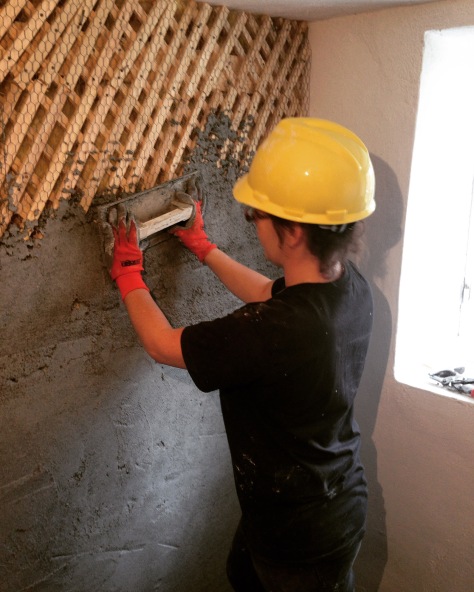 And on the other side, plastering over the lathe and chicken wire. 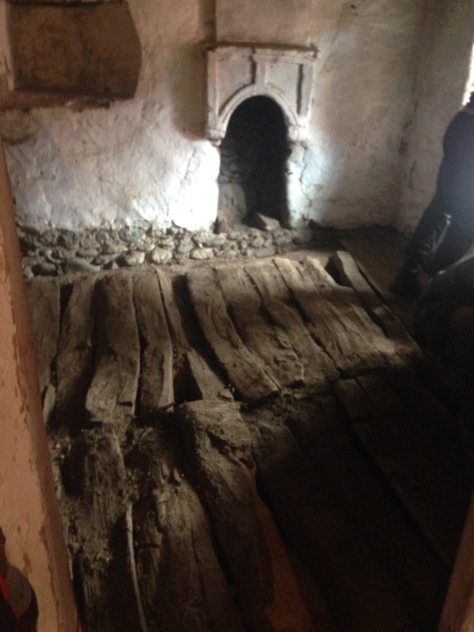 The original floorboards in situ, preserved under a layer of dirt. 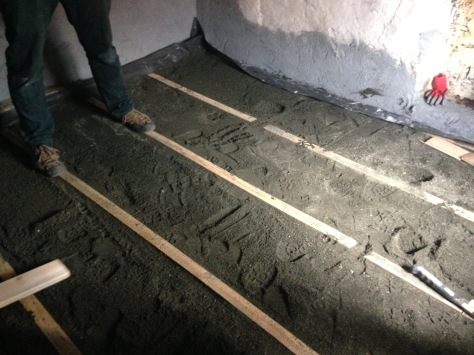 It took quite a few trips of the bucket brigade to bring all that sand up to the second floor from the courtyard…! 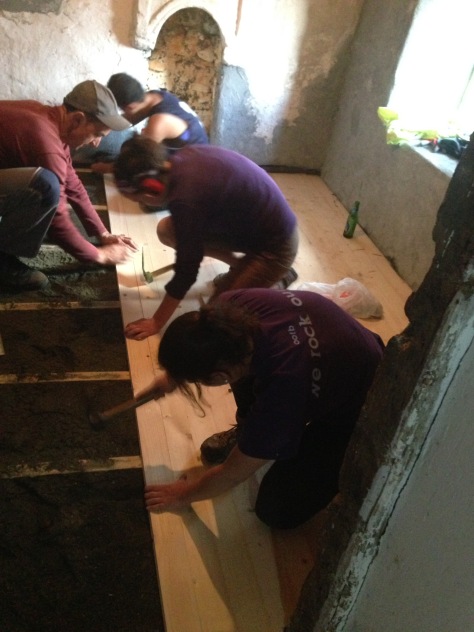 Repping my college acapella group while Julia, Meris, and I power through the flooring, while Master Hassan supervises and we all, erm, “hydrate” 😅

Splatter stage: Master Smiley had this incredible skill for distributing the plaster evenly over the whole surface with just a flick of his wrist. Our attempts ended up mostly on the floor…

Twisting nails into the spiky wire and then tapping them into a crumbling surface – that’s my “fun face.” 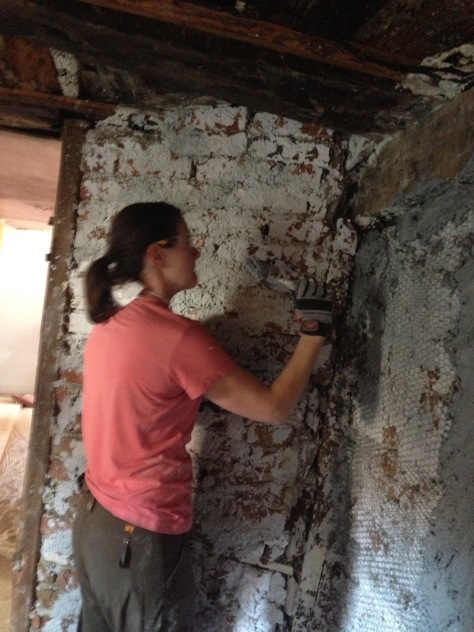 More splattering was required after the chicken wire – I think we were starting to get better at it!

5. A new ceiling for the kitchen

Shiny new ceiling leaving the support beams exposed. Each plank had to be custom fitted to the uneven contour of the beams. 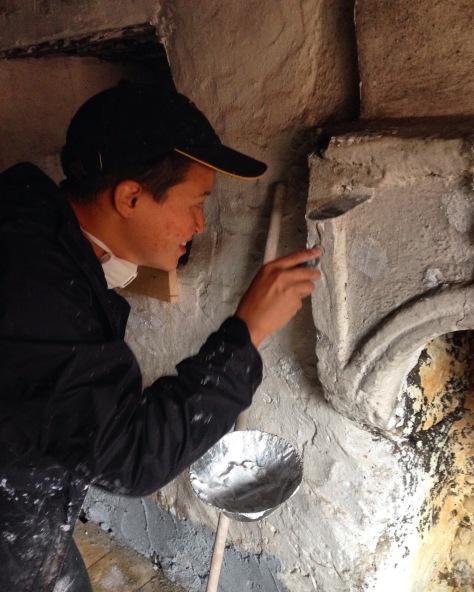 That detail work though…

The Mazrekaj’s kulla presented some interesting conservation dilemmas. The aim of the project was to further its conversion to a functioning B&B so that it can remain an asset to and help maintain the livelihood of the family who built it three centuries ago and have called it home ever since. Although it would undoubtedly be awesome to see a kulla in its original state, the goal was never to restore the space to its original 18th century appearance.  It will never be a museum; it was necessary to balance concerns of historicity against the need for the space to function. Best practice does not permit the removal of features added later in the building’s history – for example, all the brick partition walls. So we did the best we could to preserve historic material while making the space habitable, the guiding principles being reversibility – almost nothing we did could not be undone at a later date if desired – and aesthetic integrity – all new additions (new wall, new ceiling, new floor) were executed in traditional materials using human muscle and elbow grease.

It would be fair to say that occasionally the details and the rationale behind some decisions suffered in translation from Albanian to English – sometimes our architect-translators weren’t on hand, so between Master Hasan’s school Italian, Master Smiley’s smattering of German, and our ability to mime various hammering and sawing actions, we got quite good at understanding one another on site. But this really only made things more fun, and enhanced our relationships with our two “Masters.” Its amazing how much you can pick up about someone’s personality, when you don’t have to worry about listening to their words.

One thought on “Giving the Past a Future: Historical Preservation at Kulla Isuf Mazrekaj – Drenoc, Kosovo”